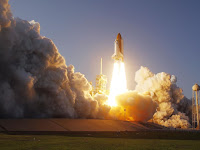 Some of the world's greatest feats were accomplished by people not smart enough to know they were impossible. - Doug Larson
Each time the space shuttle blasts off, I'm amazed. Thursday's liftoff of Discovery was no exception. I thought to myself, this began as an idea.
The idea morphed into a goal. A plan was set in motion. Then came the hard work, the small successes, and the setbacks. Our nation rejoiced in the triumphs, and cried over heartbreaking losses.
It's amazing what can be accomplished when we set big goals. Your version of liftoff might be magazine publication, picture books, or anthologies. It might be novels, agents, and print publication. Whatever the goal, the process remains the same: create a plan, work hard, and have the guts and tenacity to chase the prize. There will be hurdles and disappointments, to be sure. But there will also be victories--which we should celebrate, no matter how small.
Determination goes a long way, whether you're pursuing publication or blasting to outer space--and it all begins with an idea. As Les Brown said, "Shoot for the moon. Even if you miss, you'll land among the stars."
What's your idea of liftoff, and how close are you to achieving it? Or have you fulfilled your dreams and set new goals? I'd love to hear your story.
In the previous post, Writers: take a tip, leave a tip, you all left such helpful pieces of advice in the comments. I'm linking the post to my sidebar. Feel free to stop by any time and take a tip or leave a tip. And thanks for sharing your words of wisdom.
photo credit
42 comments:
Email ThisBlogThis!Share to TwitterShare to FacebookShare to Pinterest
Labels: goals, ideas, space shuttle Discovery, tenacity 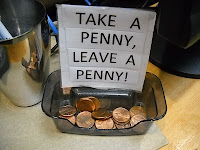 We've all seen the Take a penny, leave a penny trays near cash registers, right? I thought it would be fun and helpful if writers took a writing tip and left a writing tip here in the comments.
You can add an old favorite, or share something new you've discovered. It doesn't matter if you're published or yet-to-be-published, we each add something valuable to the buffet table of writing tips.
I'll get the ball rolling by sharing some favorite tips I've learned from others.
How about seven writing tips from Stephen King?
And Ten rules for writing fiction is loaded with tips. So fellow writers, what do you say? Are you with me? Please take a tip and leave a tip, and thanks for sharing!
photo credit
81 comments:
Email ThisBlogThis!Share to TwitterShare to FacebookShare to Pinterest
Labels: Writing tips

Notes from a wannabe librarian

Like most school districts, ours has slashed the budget. Unfortunately, our elementary school librarian was let go. Our library stays open because of parent volunteers (including yours truly).
One of my duties as a wannabe librarian is putting away returned books. And boy, we can learn a lot from the books kids check out. I realize this information might differ by location, but here's what I've noticed in our little country school:
As a funny side note, when the class is walking to the library, boys chat about levels of their favorite video games while girls walk with their noses in books. It cracks me up.
For an excellent post about what middle graders like to read, check out Leslie Rose's post, Hooked on a Series. *waves to Leslie*
How does this list compare with what you've noticed?
photo credit
56 comments:
Email ThisBlogThis!Share to TwitterShare to FacebookShare to Pinterest
Labels: humor, kids books, leslie rose, libraries, series 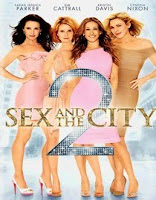 When SATC aired on HBO, it was one of my favorite shows. The first movie was a fun diversion. The second movie was ... well, I don't want to mean. Let's just say this: as writers, there's a lot we can learn from Sex and the City 2:
Get to the point--quickly.
This movie was far too long for a chick flick (2 hours, 26 minutes). It took about 45 minutes until we reached anything resembling plot. We need to care about the protagonist in a hurry.
About plot...make it beefy.
It's flimsy if halfway through the story we're thinking who cares? I love Carrie and the gang, but flashy clothes and exotic locations will only get you so far. The best stories have tangled, meaningful plots.
Cut the boring stuff.
We've all learned that each scene in our stories must be there for a reason. In SATC 2, the song and dance number featuring Liza Minnelli at an over-the-top wedding didn't further the story. Sorry, Liza.
Take the blinders, or oversized sunglasses, off.
We shouldn't be so in love with the story we're oblivious to the weak spots. The producers of SATC are pros, but perhaps they were too attached to the material.
Quit while you're ahead.
After Sex and the City's run on HBO, fans wanted more, more, more. Throughout the movie I kept thinking, is it almost over yet?
Did you see this movie? Do you think I'm crazy for not liking it? And what lessons have you learned from the best and worst movies you've seen?
If you're a producer of SATC, I didn't mean a word of this. If you're interested in the movie rights to my story, call me!
photo credit
46 comments:
Email ThisBlogThis!Share to TwitterShare to FacebookShare to Pinterest
Labels: sex and the city 2, weak plot, writing

It's how we view things...
A child on a farm sees a plane fly overhead and dreams of a faraway place. A traveler on the plane sees the farmhouse below and dreams of home. ~Robert Brault
The other night I felt low. I was frustrated with my manuscript, my synopsis was birdcage-worthy, and my query needed to be torn apart and rewritten. I felt like I was scaling a colossal, jagged mountain while wearing flip flops.
Then a Facebook friend posted a need for prayer. The problems her family is facing crushed mine to proper size. My writing troubles became pebbles, and all I needed to do was step over them. 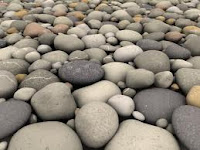 Writing and publishing are important to me, and sometimes I allow the obsession to consume me. But life has a way of shifting priorities to their correct place in line. That night I switched from the ME channel to the FRIEND channel. My friend's call for help gave me a much-needed dose of perspective.
My writing issues matter, but they're a far cry from lost jobs, troubled kids, and failing health.
How do you keep your writing journey in perspective? And has this ever happened to you--when BAM, real life smashes your writing mountains down to pebbles? I'd love to hear your story.
photo credit
photo credit
39 comments:
Email ThisBlogThis!Share to TwitterShare to FacebookShare to Pinterest
Labels: perspective, writing

I have a love/hate relationship with brilliant chapter ends. I love them when I have a large amount of time to read. I hate them when it's late at night and I can't bring myself to close the book.
As writers, it's safe to assume we all wish to write stories the reader can't put down. But from first draft to printed copy, how do we get there? How do you determine your chapter ends? Do you organize your chapters in such a way that the climax of a scene coincides with an acceptable word count? Do you alternate points of view with each chapter?
In Revision & Self-Editing, James Scott Bell offers these suggestions for page-turning chapter ends:
If the readers says, "Just one more chapter" at 1 a.m., the author has done his job. For more information about chapter ends, check out this post about Chapter Endings & the Hunger Games, and this one...The End is -- Shoot, Too Soon.
Please share: how do you determine a chapter's end or a page turn?
On a side note, I recently discovered an amazing resource for writers (am I the only one who didn't know about this?) It's called Writer's Knowledge Base (now linked on my sidebar). This Google-like search is organized by Elizabeth Craig, and if you're on Twitter, you know how plugged in she is.
photo credit
42 comments:
Email ThisBlogThis!Share to TwitterShare to FacebookShare to Pinterest
Labels: chapter ends, cliffhangers, revision and self editing, writer's knowledge base

The benefits of being a distracted writer 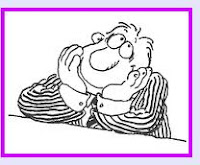 Dramatic = exciting or impressive
Melodramatic = exaggerated, sensationalized, or overemotional
I'm studying HOOKED, by Les Edgerton, while I re-write my opening. Edgerton reminds us to open our stories with an inciting incident within a dramatic scene. "A scene is a unit of drama. Drama means conflict." But he's careful to point out that the scene should not be melodramatic.
He illustrates his point through THELMA & LOUISE. If you've seen the movie, you may remember the opening where Thelma strays from the norm when she chooses not to ask her husband for permission to go on a trip. It doesn't open with the shooting of the would-be rapist, or the car explosion at the gas station. Thelma's decision to keep quiet sets the story in motion. It's subtle, yet effective.
Edgerton quotes Janet Burroway on the subject of melodrama vs. drama. "Another mistake frequently made by young writers is to think that they can best introduce drama into their stories by way of murderers, chase scenes, crashes, and vampires, the external stock dangers of pulp and TV. In fact, all of us know that the most profound impediments to our desire usually lie closer to home, in our own bodies, personalities, friends, lovers, and families. Fewer people have cause to panic at the approach of a stranger with a gun than at the approach of Mama with the curling iron. More passion is destroyed at the breakfast table than in a time warp."
Edgerton suggests we start small, with low volume, then amp it up throughout the book. After all, if we begin with a nuclear bomb, where do we go from there? And while we're on the subject, here's a list of Opening No Nos.
What's your opinion? Do you prefer openings with dramatic scenes or melodramatic?
photo credit
41 comments:
Email ThisBlogThis!Share to TwitterShare to FacebookShare to Pinterest
Labels: drama vs. melodrama, hooked, Janet Burroway, Les Edgerton
Newer Posts Older Posts Home
Subscribe to: Posts (Atom)