Writers and the In Between 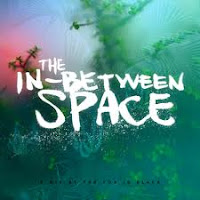 "We crucify ourselves between two thieves: regret for yesterday and fear of tomorrow." - Fulton Oursler
It occurred to me that writers are perpetually in a state of In Between. Where are you on this list?
With this writing life we've chosen, there are many In Betweens. Sometimes it's terrifying to close our eyes, build up the necessary faith & confidence, and leap from one side to the other. Landing on the opposite curb requires the courage to exit the In Between.
Remember this: "You are never given a dream without also being given the power to make it true. You may have to work for it, however." - Richard Bach
Is there an In Between you'd like to add to the list? What In Between stage are you in, and was it difficult to arrive at this phase of your writing journey?
photo credit
Email ThisBlogThis!Share to TwitterShare to FacebookShare to Pinterest
Labels: In Between Stages, writing