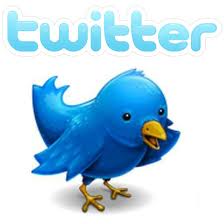 I absolutely love Twitter. It's a great place to share information, and to chat around the cyber water cooler. At first, Twitter terrified me, but now I think it's a fun place to be. It's like a huge melting pot of conversation.