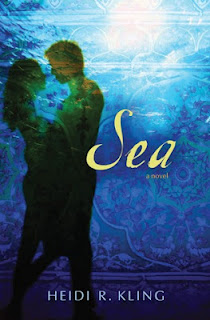 I recently finished SEA, by Heidi R. Kling. Here's a blurb from the inside cover:

Despite recurring nightmares about her mother's death and her own fear of flying, fifteen-year-old Sienna accepts her father's birthday gift to fly to Indonesia with his team of disaster relief workers to help victims of a recent tsunami, never suspecting that this experience will change her life forever.


Here are the writing lessons I learned from this book:


Sarah Ockler, author of Twenty Boy Summer, wrote this: "Sea is a richly woven story as turbulent and beautiful as the sea itself...A touching and romantic debut."

Have you read Sea? And what are your opinions of the writing lessons? I'd love to hear your thoughts.