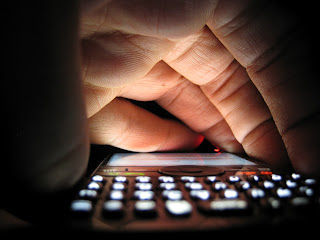 Social media is a fact of life these days. It's fun to connect with old friends, and to make new ones. But along with all the benefits come plenty of dangers.

We can use real-life social media blunders in our fiction. I've listed a few ideas below. We've seen the consequences of some of these blunders play out on national news, and I've heard of these happening at local schools.

Feel free to use what you want!

Unless you write historical fiction, versions these blunders can be used as inciting incidents, subplots, and major plot points. Our characters can be forced to learn what we've learned: have fun, but beware.

Have you ever used a social media blunder in your fiction? Do you recognize any of these from your own community, or from the national news? Are there any you'd like to add to the list? Please share!