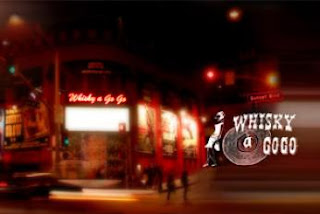 There's a popular music venue in West Hollywood, California called Whiskey a Go Go, or as the cool people call it, "The Whiskey." My son's good friend plays guitar for a teen band, Gravity Hill, and they scored a gig at The Whiskey (Scored? Gig? The Whiskey? Am I cool yet?).

We went to see this super talented group of kids sing and play. As most writers do, I took mental notes of the scene. In case you've never been there, and in case you can use these scene details, here's what I remember:


The People
The Sounds
Have you ever heard of Whiskey a Go Go? Have you ever been there? Are you uncool like me?