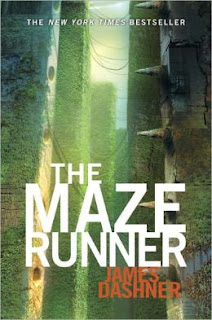 Have you read this book or the series? What do you think of these writing lessons? And if you write fantasy, dystopian or paranormal, do you sometimes get bogged down in world details? How do you avoid that?
Email ThisBlogThis!Share to TwitterShare to FacebookShare to Pinterest
Labels: james dasher, middle grade, the maze runner, writing, writing lessons learned