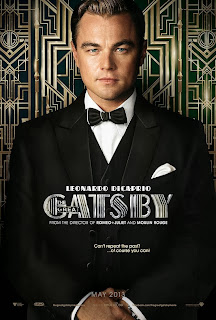 Friends, today I have a special treat for you. My new friend, Cassidy Leora, is helping us understand the often misunderstood anti-hero. Before we get to Cassidy's post, please clicky clicky over to her blog and give her a follow. At the end of the post, I have a question to ask you, plus a bonus morsel of useless information. For now, let's learn more about anti-heroes.

Take it away, Cassidy!


Severus Snape.
Jay Gatsby.
Sherlock Holmes.
What do these legendary characters in literature have in common?
Is it that they are all equally mysterious? Non-expressive and somewhat emotionless? Extremely intelligent?
Sure, I suppose they have those things in common, but I’m  actually referring to the fact that they are all anti-heroes.
I have a soft place in my heart for all anti-heroes—they are the characters in the story that often draw you into the words in a deeply meaningful way—who enjoy being rebellious and belligerent, are almost universally mysteriously unique, and are easily captivating.
You may be asking yourself: What’s the difference between a hero and an anti-hero?
It’s really quite simple—a hero is a hero for others, while an anti-hero is a hero for their own personal gain, and generally only a hero when it suits their own mood. They may do the right thing sometimes, but their motives and methods are twisted.
Anti-heroes are usually designed with a heartbreaking history that makes them the way they are. Whatever forces for good and evil exist in their world, they make their choices based almost exclusively on either a traumatic past, or a history of personality flaws that cause them to be socially inept. They are known for being heroes with un-hero like motives.
Anti-heroes can be selfish, deceitful, hateful, condescending, smug, and sometimes the most compulsive of liars. What they do may be the righteous and noble thing to do, but the reader—and the anti-hero’s fellow characters—are not completely sold on the methods they use to get their way.
One of the issues that creates a fondness for the anti-hero is the fact that they’re often without the qualities of typical heroes—such as bravery, courage, idealism, nobility—instead they have an abundance of what would be considered negative qualities—often creating at least a superficial amount of pity for them. They are known to run from authority and would save the damsel in distress, only if they gained something from their good deeds, not solely for the sake of being good. Unlike typical heroes, they are never satisfied with a vague ‘thank you’—if they are involved then they will certainly demand payment of some sort.
They can be reckless in their methods of rescue and it is of little consequence to them if bystanders are killed, monuments destroyed, or cities turned inside out in the process of deliverance. Anti-heroes fight for themselves, to benefit themselves even if it involves another person, and usually are quite opposed to being on a ‘team’ or a ‘side’. They save people only if they WANT to save those people, and that’s that.
And NOW you may be asking: what’s the difference between an anti-hero and a villain?
To be honest, there is a very fine line between the two and it is often very difficult to make the distinction. While heroes and villains see in shades of black and white, your anti-hero tends to see in varying shades of grey. They will do anything to convince you their bad motives are right, and their good deeds wrong. Lines that are very clear to the hero and the villain are quite blurred with your anti-hero.
Just to be perfectly clear: there is a difference between the anti-hero and a villain with a tragic backstory, or the villain you ‘love to hate’.
Both of these characters may suffer the same amount of tragedy and heartbreak, but how they handle their pain is completely different—and it is the way they handle adversity that makes the distinction between the two.
The villain is the hero who has been completely broken and can never work outside of the evil thoughts that consume them. The anti-hero is the hero who is hanging onto their touch of humanity by a thread, turning them often sour, rude, angry, and bitter, but not entirely evil.
Anti-heroes will do anything to distract away from talking about their emotions and their ‘feelings’ and would rather go shoot something for no reason than have to reveal any insight to their past or deep thoughts.
Personally, I love anti-heroes.
They are manipulative, obnoxious, self-centered and sarcastic, but they still have a way of making you root for them, despite their questionable motivations.  Sometimes it just feels right to cheer on the unlikeable character who is, in a way, completely lovable.
The very best anti-heroes will win you over in the end and will find their own happy ending when they are accepted—often changing from the rogue outlaw or outcast to slowly becoming one of the heroes despite their own protests.


Ultimately, whether you view a character as an anti-hero is just a matter of opinion based on how you personally interpret their actions, behaviors, and personality traits.

I don't know about you guys, but I sure learned a lot from this post. Have you ever written an anti-hero? Do you have a favorite anti-hero from books you've read? I recently watched The Great Gatsby, with Leo Di Caprio, so he's on my mind :)

And now a fun fact and useless information:

Useless information: The name Cassidy was on our short list of girl names if my husband and I had a girl. Boy. Boy. Boy. No Cassidy!


"Cassidy Leora: I'm a writer, a Hobbit, a Demigod, a Wizard, a Sun Summoner, an Elf, and a Shadow Hunter who enjoys Winter and Fall, sleeping, and marshmallows. I suppose you could say I'm a dreamer in many more ways than one. I'm really a total nerd and speak cat fluently, scarves and boots are my favorite for no apparent reason, my favorite language is Italian and Sarcasm, I like to laugh at my own jokes, and dance clumsily when no one is watching. I have been writing since I was eight years old, and now at fourteen I have written more novels than I can count. I hope to be published one day, but until then I will continue to do what I love."