Calm the Chatter in Your Head #IWSG 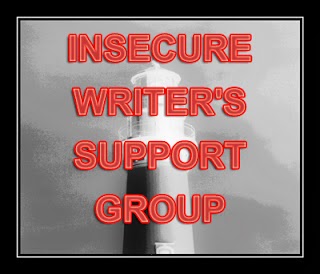 Welcome, Insecure Writer's Support Group friends! I hope you all had a wonderful holiday season. If you'd like to join this super supportive group, please clicky clicky here.

Also, I wanted to let everyone know that my YA novel, The Boy Who Loved Fire, releases on January 28th. Stay tuned here and on my Facebook Author Page for news!

Today we have a guest post from fellow blogger and author Tracey Barnes Priestly, who shares tips on how to quiet the negative chatter that battles for attention in our writer brains. Tracey's book, Duck Pond Epiphany, is on sale now.

Take it away, Tracey!


Show me someone free from negative thoughts and, pardon me for being so blunt, but we’ll both be looking at someone without a pulse! How do I know? Because as a therapist, I’ve worked with countless people struggling to move around and beyond the cacophony of "chatter" they live with.

You know what I mean ... those pesky, negative messages that alternately whisper and scream inside of your head. Sadly, negative self-talk can feel as natural as breathing in and breathing out ... in a gasping, suffocating kind of way. And here’s the thing. No one is immune, including yours truly.

Admittedly, in the early days of my career as a writer, I managed my negative self-talk well enough. After all, I rationalized, a Q&A column for working parents wasn’t exactly writing. No, it was merely an extension of what I already did - teach people skills to improve the quality of their lives.

But then I decided to try my hand at writing fiction. Ha! I quickly discovered a flash mob of negativity living inside of my head. They were a loud, screaming, mass of criticism. One blared: “Write a novel? You? You’re not a real writer.” Or how about this? “Get real. You have no training for something so demanding.” And then there was this gem. “Ha! Even if you managed to write a novel, you’d never get it published.” The chatter was endless and, it was absolutely deafening.

And so ... I had to put myself on my own couch, so to speak. I knew if I wanted to pursue my dream I needed to wrangle my chatter into submission.

My first task? To remember that even though my negative messages felt like the absolute truth, they were not. No, all of that chatter was just little old me, giving voice to my insecurities, in a feeble, yet potentially powerful attempt to protect me from failure. How? If I allowed the chatter to be in charge, I would never risk writing a novel, which in turn, would spare me disappointment, hurt, failure, embarrassment, etc. (Please, feel free to fill in your personal favorite!)

Next, I began the rewriting process. It went something like this:

Chatter:“Write a novel? You? You’re not a real writer.”
Me: “Actually, I’ve managed to successfully communicate, in writing, for the last twenty years. Apparently, I write well enough by some standards.”

Or ...
Chatter: “Get real. You have no training for something so demanding.”
Me: “Okay, I may have to learn some things along the way but I’m reasonably intelligent. I can do this.”

Or:
Chatter: “Ha! Even if you managed to write a novel, you’d never get it published.”
Me: “I just want to experience writing in a different format. It’s far too soon to even begin to think about publishing!”

Did my flash mob go quietly into the night? Most of the time. But predictably, at different times throughout the process, they’d pop up. I’d wrangle them back into submission, put my head down, and continue on, determined not to let me stop myself.

So please, the next time it gets noisy inside of your head, talk a deep breath, give the chatter some well thought out sass, and carry on. Your dream is waiting!

Oy, the chatter in my head is constant! How about you, fellow writers? How do you calm the negative noise? Please share!


Tracey Barnes Priestley holds a Master’s degree in Counseling Psychology and spent many years as a therapist before moving into the field of personal coaching. She currently specializes in working with both writers and performers. An award winning syndicated columnist for 14 years (Juggling Jobs and Kids), Tracey now writes and blogs about issues she, and countless others face in the second half of life. (www.thesecondhalfonline.com) As an educator and consultant, she has offered workshops, seminars, and trainings throughout her entire career.

An amateur singer and performer, Tracey finally earned a percentage of the box office when, inspired by her print column, she co-wrote, produced, and starred in a one act musical, “The Second Half: A Lively Look at Life after Fifty.” Married for 36 years, and the mother of three, Tracey lives among the redwoods of northern California with her recently retired husband and their loyal mutt, Bella von Doodle.