Adding Red Herrings to a Mystery 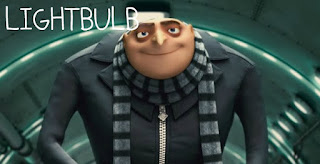 Last week, during another pass of my YA manuscript, I had a lightbulb moment. My story's a mystery, and I'd left out vital pieces of the puzzle...red herrings.

Nope, I'm not talking about smoked fish. I'm talking about false clues in a mystery--the misleading information that can distract readers from the real villain.

I searched the Writer's Knowledge Base for tips on how to do this well, and found lots of great information. Here are a couple of quotes from mystery writer extraordinaire, Elizabeth S. Craig.

"A word about clues and red herrings: Throughout your book, you'll want to scatter bits of information that suggest different suspects as the murderer. When these bits of information truly point to the killer, they're clues...when they send the sleuth off in the wrong direction or when they point to a suspect who isn't the killer, they're red herrings." Source: Elizabeth S. Craig's post Tips for Writing a Murder Mystery on Nicole Basaraba's blog.

"Use red herrings, but don't let the red herrings continue too long or be too frustrating. Red herrings mislead the reader and sleuth. Mysteries need red herrings to give the sleuth false leads to investigate. But if a red herring stretches the entire length of the mystery before being proven wrong in the last chapter, it may feel unfair to the reader...or make it seem that they've wasted too much time on a lead that didn't pan out." Source: Elizabeth S. Craig's post 15 Tips for Writing a Murder Mystery on Writers in the Storm Blog.

So how did I put this into practice without being obvious? I'm not an expert, but here's how I tackled it:


My goal is to embed plausible scenarios, but like Elizabeth said, I don't want to frustrate the reader. Now that my red herrings are in place, my job is to make sure they aren't obvious. Super powerful beta readers wearing red capes can help me with that task ;)

Have you ever written a mystery? Did you add your red herrings from the start, or did you add them later? Do you have additional tips you'd like to share?

For more information about red herrings and foreshadowing, read this post on Janice Hardy's blog. And if you haven't visited the Writer's Knowledge Base yet, you're in for a real treat. It's like a Google search for writers.