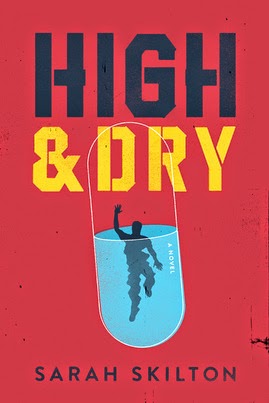 I recently read High and Dry, a noir YA novel by Sarah Skilton. It was a fun, dark, gritty read. Full disclosure: Sarah Skilton is a buddy of mine. But believe me, I'm not saying nice things about the book because Sarah's my friend. I speaketh kind words because they're the truth.

First, a quick look at High and Dry (from Amazon):

Framed for a stranger's near-fatal overdose at a party, blackmailed into finding a mysterious flash drive everyone in school seems anxious to suppress, and pressured by his shady best friend to throw an upcoming match, high school soccer player Charlie Dixon is juggling more than his share of drama. Add in a broken heart and the drinking he's been doing to soothe it, and he's near the breaking point. In this fast-paced, layered mystery, Charlie spends a frantic week trying to clear his name, win back the girl of his dreams, and escape a past friendship that may be responsible for all his current problems.

Now on to the writing lessons learned. Warning: if you haven't read the book yet, and don't want to know any plot points, read no further!


Have you read High and Dry yet? What's your opinion on these writing lessons? Have you used any of these tips before? Any you'd like to add?