Audiobooks: How To? Interview With A Narrator 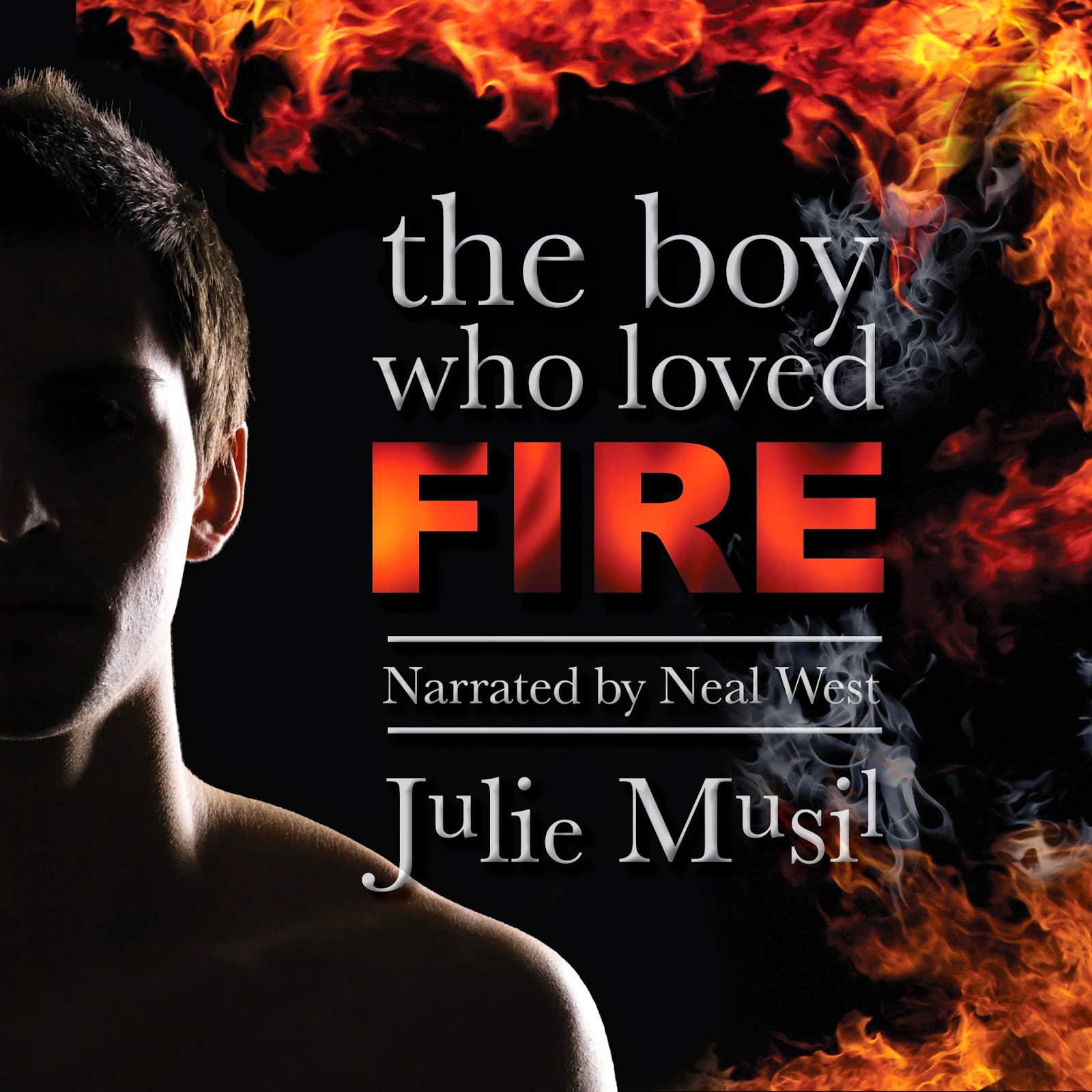 Guys, I'm soooo excited to announce that my YA novel, The Boy Who Loved Fire, is now available in audiobook!

Audiobooks are a fun way to reach readers. If you're interested in creating your own audiobook, or if your publisher is looking for a how-to, check out this great tutorial by Elizabeth Craig.

The narrator of The Boy Who Loved Fire, Neal West (who did an amazing job, by the way), has kindly answered a few questions about how to begin the process and what to look for in a narrator.


Neal, thanks so much for stopping by my blog. What made you decide to narrate audiobooks?

I guess the truth is it was a pretty natural progression. I had done a lot of acting when I was in high school, and I followed that into radio. I began to cut commercials and I did a lot of volunteer work. I was also a big listener of audiobooks, my favorite being Stephen King at the time. I got to a point in my professional broadcast career where I was left a bit unchallenged, so I took on working with audiobooks as a way to expand my skill set, and to make a little side money.

Why should authors work with professional narrators instead of creating their own audio?

The main difference between a professional narrator and an author who would record their own book is that I have spent 16 years developing this talent. To assume what I do when I sit in front of a microphone is the same as what someone who has never done this before will do in front of a microphone is just simply not true. As the saying goes, those who are the best at it make it look the easiest.

And you have to define the word professional. For instance the starting quarterback for the Green Bay Packers makes a heck of a lot more money than a guy who warms the bench for the Bears, although both players are still considered professional. And the same can be true with professional narrators. Some of them work on much bigger projects and demand a lot more money, and others will work with smaller authors on independent projects.

And there are a variety of reasons for that as well. With me, for instance, it's a side job. For others they're just starting out. Generally speaking I think it's better to leave it to the professionals when you want to job done right, and that's why I stopped working on my own cars years ago! A mechanic I am not.

When authors listen to audio auditions, what should they be on the lookout for?

The first has to be technical quality. That's your number one goal, to find a narrator with a professional audio setup that can create sweet audio. You have to remember when you're dealing with an audiobook it's as if I am speaking to you, right in your ear...just you...and me (the narrator)...it's a very intimate experience!

The next step should be finding a voice that fits the kind of book that you've written. There are a variety of standards for that...it's pretty much based on what you think is best. When the book is read in your head...who does it? How does it sound? Male? Or female? Young? Old? Accent? Are there characters in your book? How should they be done?

I would also say that before an author starts the process of hiring the narrator, they should have spent at least some time listening to several different audiobooks. My best advice is get a feel for what you think your book should sound like and then find the narrator who can achieve that.

When authors listen to the final audio, what should they be on the lookout for?

My advice during the quality control process is first make sure that the audio is up to your standards. There should be a very consistent feel to the tone and pace of the read. It should be the same at the beginning as it is at the end.

It's helpful to listen to the book with a notepad and a copy of the manuscript. Make notes as you go along. Pronunciation of names and places, or just screwed up words, rooms noises or noises in the recording should all be noted.

Generally if you've done a good job of selecting a professional narrator, most of this should not be an issue. But there are almost always some changes to be made. Remember, once it's done, it's done.

If someone is interested in narrating audiobooks, what do they need? Where do they begin?

Well, first they're going to need to invest some money in gear. There are some really good entry-level broadcast microphones that would do well in an audio narration environment. You also need to invest a little bit in some sort of room treatment... believe me if you've ever heard a tape recorded in a room with bare walls, you'll hear the voice and then on a delay of several milliseconds, hear the voice reverberating from the wall back into the microphone on a delay...it's very distracting.

A good audio interface and then some recording software should be your next buy. And then practice practice practice. Just find some books and tear into to them. And make sure to listen to yourself.
There are quite a few independent voiceover exchanges on the Internet. ACX.com is an example of one. Voice 123 or voices.com are other examples. Get yourself an account set up at some of these sites (depending on the kind of work you want to do), then audition audition audition! You won't get the job you haven't auditioned for.

Remember, above all it's a craft. Practice, network, grow. And never get to big to listen to advice... You will never hear yourself the way someone else can, so it's always good to incorporate some level of feedback into the process.

Neal, you're a superstar! Thanks so much for giving us the lowdown on narrating audiobooks.

Friends, do you listen to audiobooks? If you're published, is there an audiobook available for your book? Feel free to share your link in the comments!